Are you looking for things to do in Harties? How about a relaxing yet exhilarating and educational day out in the wild with your family, friends or even colleagues at The Ann van Dyk Cheetah Centre – De Wildt.

There are many ways in which you can help make a difference. You can book a tour, adopt a wild child, make a donation, or support our research, education and conservation efforts through a sponsorship.

We look forward to welcoming you soon! Make your reservation today 🙂

Your participation in our Cheetah and Wildlife Conservation Projects go far beyond what the public eye sees. To conserve nature we need conservation heroes and the right tools to enable them to keep doing their vital work. The Ann van Dyk Cheetah Centre is a non-profit organisation, we rely on tours, adoptions, sponsorships and donations to fund conservation projects and keep all our wildlife fed, happy and healthy.

Please note we’ll be closed for a couple of days during the festive season.

Established in 1971 by Ann and originally known as the De Wildt Cheetah Research Centre, the name was changed in 2010, to the Ann van Dyk Cheetah Centre as a tribute to the woman who has devoted her life to the survival of cheetahs and other rare and endangered species.

Two hour guided tours are offered daily, and on certain mornings guests have the option to book a cheetah run and guided tour package. The cheetah run offers an opportunity to witness a breath taking high speed cheetah chase. Tours are led by a knowledgeable guide and visitors to the Centre will see a variety of animals including cheetah, King Cheetah, African wild dog, caracal and vultures amongst others.

The Centre prides itself in its contribution to the conservation and survival of the cheetah species through meticulous breeding (ensuring genetic diversity) and the ability to release captive born cheetahs as and when suitable space becomes available. It has also played an important role in the academic arena and eighty research publications have been written and undertaken through the facility.

The future of the Centre remains secure as Ann has handed over the reins to her nephew Eric van Dyk, who continues with her vision and dream.

As a non-profit organisation that receives no government funding, the Centre relies heavily on sponsorship, donations and income generated from tours and the adoption programme, to subsidise our various conservation projects.

Click on one of the species below to see who’s available!

Thank you for making a difference!

Every little help assists us to give these animals the care that they so rightly deserve. We would like to thank everyone for their ongoing support!

We value your feedback! 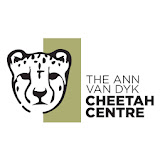 Ashlin Govindasamy
Awesome experience viewing the King Cheetah and visiting the park with the tour guide.

Billy Robinson
What a tremendous place for any nature lover to visit....take the 2 hour game drive and your camera for some super pics....the guides and management are ALL fantastic and superbly knowledgeable of Cheetahs and Wild dogs and ++++

Arvind Subramanian
The reserve is an awesome place where Cheetahs are bred in captivity and used for research. They offer guided tours to the visitors, providing useful information on the life and habits of the cheetahs. The place is awesome and easily accessible from Pretoria. I visited the place a few years back, and it was well organised and nicely maintained.

We would love to hear from you! We are always working towards the best conservation methods and where we can improve on our visitor’s experience. Suggestions and ideas are always welcome. Please share your review with us on our Google Business Listing.

You will receive a certificate to acknowledge your adoption as well as a photograph of your wild child via e-mail, this applies to all adoption levels.